You can dance anywhere, even if only in your heart.

Choosing an Instructor and a Style of Ballroom Dancing 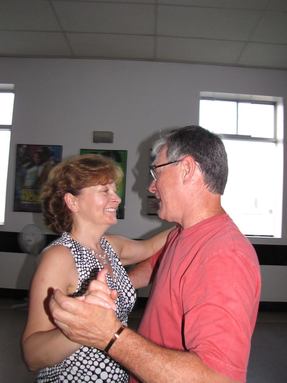 Among the dance instructors of Eastern Ontario, you cannot go wrong. All teams are very capable and are appreciated by their dancers. In fact, Tom and Isabelle learned a lot of their material from other instructors in the region.

Once you choose an instructor, it is recommended that you stay with them within a particular type of dance. There are many differences between schools and instructors and a beginning student will be very confused by a change and may have to start over from scratch. Once the student has reached a comfortable level of proficiency, then migration to another instructor or school is more feasible as the student will more easily integrate the new material into their own dancing habits.

Here are some considerations when choosing a dance instructor: